The Airport Link was a joint venture with Thiess and the John Hollard Group, described as one of the most complex road infrastructure projects completed in Australia, and important developments in Brisbane. The project has drawn international attention for the construction, methodology and design, which Statewide Steelfixing contributed to. The Airport Link project included a 6.7 kilometre road, twin tunnels and three central interchanges, that required Statewide’s reinforced steelfixing. The innovative vision of Statewide paired well with the design and engineering solutions for the project, delivering an outstanding result.

Undoubtedly, the project faced a number of issues, most notably the 2010/11 Brisbane floods. Collaboration with communities and other stakeholders also had to take place to ensure the impacts of construction was reduced, and temporary transport could be arranged.

The Queens Plaza project has been described as a “landmark” development in Brisbane’s urban world. Situated at the entrance to Queen Street Mall, through Edward Street, the centre captures the stunning retail available in Brisbane. The construction of Queens Plaza has, unsurprisingly, drawn international acclaim and attracted major retail departments. 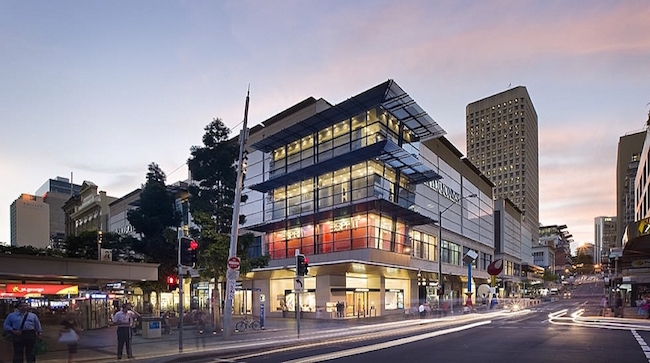 The centre supersedes all those around them with five levels of retail planned in the construction. It is now home to over 90 specialty stores, as well as the retail giant, David Jones. The plaza boasts an elegance, completely unique to the city, with each store built for their specific needs.

Taking just one look at the location of the project shows obvious challenges. The area is already bustling with life, with shoppers and city-workers darting around the place, and plenty of traffic travelling through the area. Navigating these obstacles were evidently difficult but a testament to Statewide Steelfixing to break down any barrier.

Festival Towers once used to be Brisbane’s old Festival hall, the home of music in the city for decades. International stars from The Beatles to Led Zeppelin played at the venue, and it has now revamped itself for the vibrancy of Brisbane. Now, the Festival Towers serves as a high-rise hotel on Albert Street, providing tourists with high-quality accommodation and other services. Festival Towers is renowned for the stylish and modern construction of the building, with unparalleled facilities provided to visitors. It stands over 40 floors tall, comprising of one and two bedroom apartments, and every apartment having a private balcony. The hotel has integrated a number of leisure and entertainment spaces, including a pool, spa, sauna, gym, and outdoor area.

The complexity of the building, including the specific requirements of the individual rooms and alternative spaces, posed minor issues. However, they were easily overcome by Statewide Steelfixing.